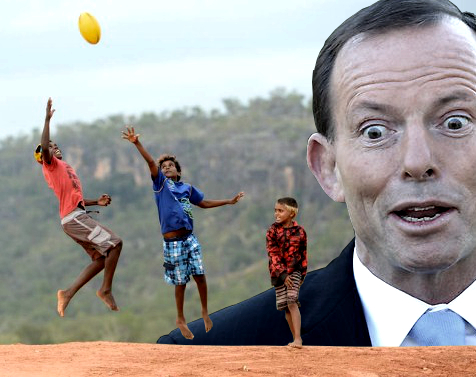 Prime Minister Tony Abbott has been accused of not doing his homework before plugging federal education policies during his trip to far north Queensland.

Tony Abbott visited the Bamaga primary school this week and made two particular claims; that the Government's new school attendance officers were responsible for increased attendance, and that the school was using the ‘direct teaching’ method.

“The statistics have clearly shown that before the ... program was rolled out they were quite high,” he said.

“I believe the credit needs to go to where it is deserved.

“It's things like working collaboratively with parents, understanding the community, stronger relationships with families and students, great teachers - not just wanting to come up here for the points or the lifestyle - and really good leadership along valuing our identity.

“We also set high expectations for our students and with the support from parents and teachers we are seeing them succeed.

“This, in turn, empowers the students and they are proud to come to school because of their success.”

The Prime Minister also spoke teaching methods at the school.

“Certainly we did see a form of explicit and direct instruction in these classrooms today and as someone who has been in Indigenous classrooms at different times over quite a few years now, they were the best classrooms I've ever seen,” Mr Abbott said.

“And most of those classrooms had a very high percentage of people attending.”

Mr Mclean objected to this too.

Mr McLean described explicit teaching as an ‘I do, we do, you do’ approach, wherein teachers show students what to do, they do it as a class, and then students repeat the practise alone.

He said the PM failed to recognise the difference.

“They put in a huge effort, the parents and the students who are innocent in all this. For that praise to go to somewhere else I think was unfair,” McLean said.

“Maybe he hasn't done his homework.”

“It's [because of] the work of people like Chris Sarra and the Stronger Smarter Institute that we are seeing transformation in schools across this country and that's what's happening at the schools in the NPA [Northern Area Peninsula],” he said.