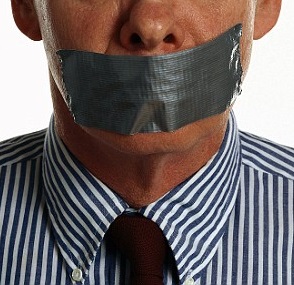 Elected officials at one Victorian council could soon be dismissed for speaking to the media.

They could even be sacked for discussing council business with their constituents.

The Victorian Government is making local councils review their codes of conduct.

The Colac Otway Shire in the state’s west has approved its new code of conduct for councillors, but the system has already been criticised.

“We won't be able to speak on anything that relates to council function or council business without approval of the mayor,” he told the ABC.

“We're elected as individuals, we're not part of a political party, we need the freedom to reflect the views of individuals and groups within the community.”

Mr Delahunty said the new regulations could be unduly restricting.

“A lot of what's in our new code of conduct goes way beyond the Local Government Act,” he said.

“Things like 80 per cent attendance at council workshops and briefings.

“That's not mentioned in the Local Government Act, but it's put in there to, embarrass or force a couple of councillors who work full time and can't get to a lot of those things, it forces them really to reconsider their position.”

Cr Delahunty was reportedly ejected from the council meeting at which the new code was voted in, leaving only Councillor Chris Smith to vote against it.

Cr Smith says it is undemocratic to limit communication between constituents and councillors.

“I'm obliged under the code of conduct to inform the CEO of any conversation I have with anyone in the community regarding anything related to council,” he said.

“Now, that to me I believe is a direct attack on democracy.”

“Most of these [changes] reflect the old code of conduct but they've also just beefed up a little bit and give us some better opportunities for better governance and to make sure there's accurate information,” he said.

“We think it's reasonable that people attend 80 per cent of meetings and briefings, because the briefing sessions are one of the key areas where councillors can gather information, ask questions and modify strategy before it gets to a formal council meeting.”

The new code is more than twice as long as the previous one, running a full 30 pages, and Cr Buchannan says this is because it needed a much greater level of clarity.

“The media one is what we wanted to make sure was tightened up because of accuracy more than anything else,” he said.

Councillors have a month to sign up to the code, and if they do not or are found to be in breach when they do, they can be reported to the Minister for Local Government and face dismissal.