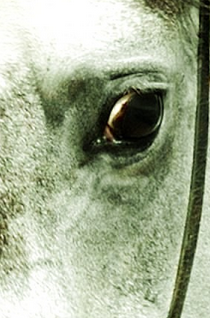 A new study shows horses kill more Australians than all the country's venomous creatures put together.

Melbourne University researchers compared hospital admissions data from the Australian Institute of Health and Welfare, as well as Australian coronial records from 2000 to 2013.

Across that time, snakebites killed 27 people while bee and wasp stings killed another 27, but a total of 74 Australians died after being thrown or trampled by a horse.

The smaller creatures were responsible for far more hospitalisations, according to researcher Dr Ronelle Welton.

“There was about just over 12,000 hospitalisations from bee or wasp stings, which would be the allergy or reaction to the venom, not the venom itself,” Dr Welton told reporters.

“Followed closely by spiders at about 11,000 hospitalisations, and then snake bite envenoming hospitalisation was about 6,000 across that time period.”

Snakes remain the most lethal, proportionately.

“While fewer people were encountering snakes, we have a higher proportion of people dying,” Dr Welton said.

Even so, the chance of being killed by snakebite is still very remote.

The records from 2000 to 2013 did not show a single recorded death from spider bite.

“The last death recorded on this dataset was in 1980, just before funnel web spider anti-venom came along, so before that there was no treatment for the venom, since then people have been treated very successfully,” Dr Welton said.

The most recently recorded death from a spider bite was just outside the survey range, in 1999 from a redback spider.

One of Australia’s most prominent deadly animals is the shark, but even these kill far fewer people than horses.

“We have 26 deaths in the same period from sharks and I thought that was really interesting — 19 deaths from crocodiles, and 74 deaths from horses,” she said.

“I was expecting it to be more [deaths from sharks], with the funding and the awareness that's put into sharks, I actually thought it would be higher.”

While animal attacks often create leading headlines, deaths from animals are minimal compared to other killers.

“The biggest surprise is just how small the numbers are — from a national perspective, we get a lot of media hype on how dangerous are, but if you look at things like drowning, there was nearly 5,000 deaths in the same study period,” Dr Welton said.

“Burns — there was nearly 1,000 within the same period, so it's nothing to be alarmed about, just be prepared, make sure you understand your first aid, if you do have allergies or know someone who does.”