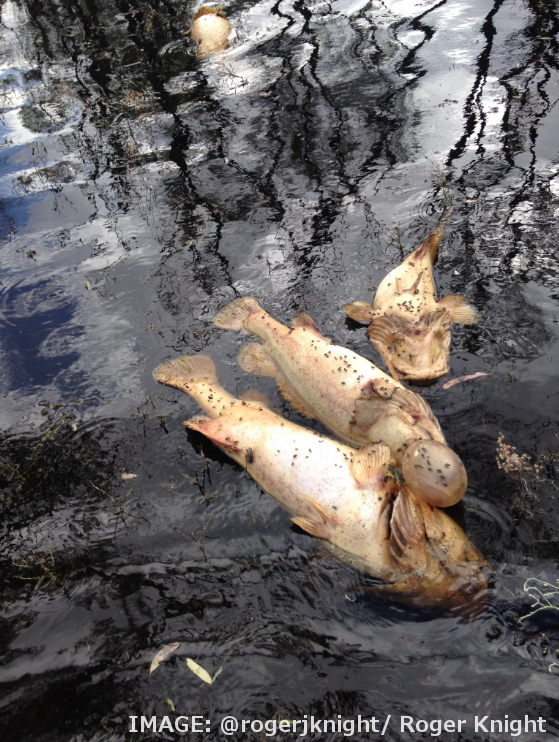 South Australian irrigators say politicians are keen to spruik environmental benefits on the Murray River, but no one is talking about the negatives.

But, he says, there is a growing body of scientific advice suggesting the extra flows may not be the best way to achieve environmental goals for the system.

“For example, a South Australian Department of Environment spokesperson said recent high flows meant many parts of the river system were ‘showing their strongest health since before the drought’ and ‘provided excellent breeding conditions for a range of species such as fish, frogs and waterbirds’,” Mr Lolicato told the Riverine Herald.

“[But we] do not get any mention of the flood damage, the fish kills, the river bank slumping and the explosion in carp breeding.

“No-one questions there have been environmental benefits from widespread rain across the Basin in spring,” he said.

“But isn’t it time we had a balanced debate and accepted if we pour huge volumes of water down the system, a consequence will also be significant environmental damage, not to mention the devastating social and economic consequences?”

He said the massive flow volumes allowed politicians and the MDBA to celebrate native fish and bird breeding, but conveniently ignore the thousands of dead Murray cod from a hypoxic blackwater event following the flows.

He has also heard no mention of the millions of carp that are breeding, which led National Carp Control Project co-ordinator Matt Barwick to tell ABC reporters; “What we are seeing now is 5-10cm fish [carp] in their millions, and that is a big concern”.

“We cannot stop a breeding explosion during a natural flood, but we can reduce unnatural flows and therefore limit the carp damage,” he said.

“If the Murray-Darling Basin Plan is specifically designed to improve the river’s environment, it’s time we looked at solutions other than ‘just add water’.

“The only winners if we implement a plan that delivers 3200 gigalitres to South Australia will be South Australia, especially those who enjoy waterfront housing and lower lakes recreation.

“A smart solution would be improved operation and management of the lower lakes and the Coorong, acknowledging that the wasteful use of vast quantities of fresh water is too important in trying to overcome some of South Australia’s self-made problems, for example the south-east drainage scheme which has added to the hyper salinity of the southern Coorong.”

“We don’t want more flooding events that ruin crops and livelihoods, but that’s what we will get if the approach to the Basin Plan is not changed... nor do we want to see any more of these hypoxic blackwater events that kill native fish, birds and other animals that drink the deadly water.

“It’s time to stop kidding ourselves and start acknowledging environmental flows in the Murray system are important, but they’re not the ‘be all and end all’.”