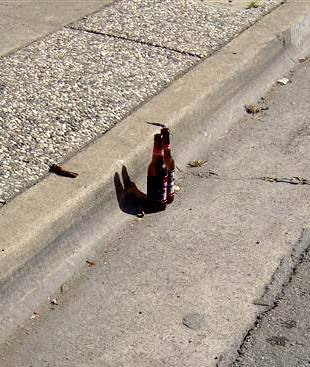 A legal expert says pub and club lockout laws might not be the reason alcohol-fuelled violence is down in some cities, despite claims of their success.

University of Adelaide law lecturer Dr Mark Giancaspro has looked at the impact of lockout laws across Australia, compared with a range of measures that have been introduced in South Australia to curb drunken violence.

“The debate on the effectiveness of a lockout has recently been reignited, with discussion around whether the lockout should be moved forward from 3:00am to 2:00am. However, what we should be considering is: are these laws really effective at all?” Dr Giancaspro says.

The Late Night Trading Code of Practice was introduced in 2013 as a means of reducing the incidence of alcohol-related violence and antisocial behaviour in and around late night licensed venues in South Australia.

“In evaluating the Government’s response to drunken violence, it’s important to understand that the Code actually instigated a raft of measures in addition to the lockout,” Dr Giancaspro says.

“These include: requiring licensed venues to use particular forms of glassware; limiting the drink varieties they can sell at certain times; providing first aid officers and public transport information; and better managing queues outside their premises.

“While I commend the State Government for trying to make our pubs and clubs safer after dark, I question its reliance on the available data, which indicates there is no obvious and systemic correlation between the introduction of lockout laws and a reduction in incidences of alcohol-related violence.”

Dr Giancaspro says that because the lockout laws are complemented by the simultaneous introduction of other initiatives, such as increased or improved police enforcement, this could be “propping up” the figures.

“By comparison, Queensland’s 3:00am lockout was condemned in a Parliamentary Inquiry in 2010. One criminology expert labelled the law ‘a complete, absolute 100 per cent failure’,” Dr Giancaspro says.

“The 2:00am lockout trialled in Melbourne in 2008 was similarly shown to have little impact upon alcohol-fuelled antisocial behaviour and was promptly abolished. In fact, there were claims that incidents of assault had increased following the introduction of the lockout. The data relating to the lockout laws in Perth and Sydney does not paint a clear picture either way.

“With around 40 per cent of all assaults occurring in or around premises licensed to serve alcohol, and claims from hotels that they are struggling to survive, it’s important for our state – socially and economically – to get this right.

“Deeper research is needed to more reliably understand the impact of these laws and the range of measures taken,” he said.

His paper has been published in the Alternative Law Journal.