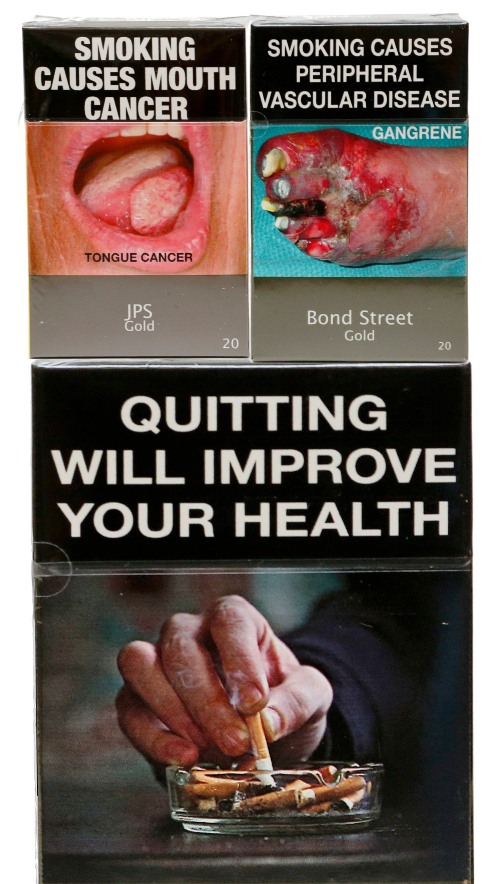 A new report by the Menzies School of Health Research shows that Australian packaging laws not only motivate quit attempts but increase Indigenous smokers’ awareness of the health issues caused by smoking as well.

Menzies conducted the study in partnership with Aboriginal Community Controlled Health Services, surveying 642 participants twice over the course of a year.

They found that 30 per cent of Indigenous smokers at baseline said that pack warning labels could stop them lighting up when they were about to smoke.

“This reaction rose significantly among smokers who were exposed to plain packaging for the first time during the period of research,” said researcher Professor David Thomas.

“The introduction of new and enlarged warning labels on plain packs had a positive impact upon Aboriginal and Torres Strait Islander smokers.”

“Reacting to warning labels by forgoing a cigarette may not seem like much on its own. However, forgoing cigarettes due to warning labels was associated with becoming more concerned about the health consequences of smoking, developing an interest in quitting and attempting to quit.  This is significant for our understanding of future tobacco control strategies.”

In addition, Indigenous smokers who said in their initial interviews that they often noticed warning labels on their packs were 80 per cent more likely to identify the harms of smoking that have featured on warning labels.

Just under two in five (39 per cent) Aboriginal and Torres Strait Islander people aged 15 and over smoke daily.

Smoking is responsible for an estimated 23 per cent of the health gap between Aboriginal and Torres Strait Islander people and other Australians.

In 2012, pack warning labels in Australia were increased in size to 75 per cent on the front of all packs and 90 per cent of the back at the same time as tobacco plain packaging was introduced.

“Pack warning labels are also an important element as smokers read, think about and discuss large, prominent and graphic labels. This comprehensive approach works to reduce Aboriginal and Torres Strait Islander smoking and the harm it causes in our communities.”

The study was funded by the Australian Government Department of Health and published in the Nicotine & Tobacco Research journal.