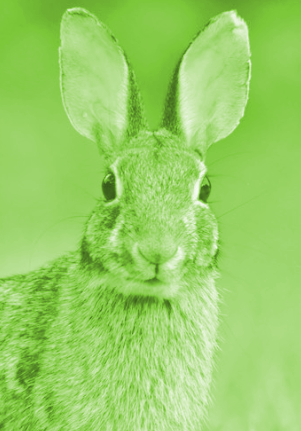 Experts say the latest tailored rabbit virus has reduced rabbit numbers on some sites, but is not spreading too far.

In March 2017, a virus known as RHDV1-K5 was distributed nationwide in the form of laced grain or carrots at 323 different sites.

Project leader Tarnya Cox has told the ABC that the virus is operating as a biocide – reducing rabbit numbers by an average of 36 per cent.

“We say biocide because where we release it, it works effectively, but doesn't appear to spread beyond that,” Dr Cox said.

The virus known as K5 appears not to be spreading too far partly because a competing ‘rogue’ calicivirus strain, RHDV2, killed millions of rabbits well before K5 could settle in.

RHDV2 has been found around the world, including New Zealand, but the authorities do not know how it reached Australia.

The Centre for Invasive Species Solutions (CISS) - which facilitates K5 releases – says that RHDV2 has reduced rabbit abundance by up to 60 per cent in New South Wales and South Australia, 66 per cent in Western Australia and 52 per cent in Victoria.

The experts say the presence of the exotic strain is “chaos” for the K5 program.

It should be concerning to people who have rabbits as pets, as there is a vaccine to protect against K5 but not against the rogue RHDV2.