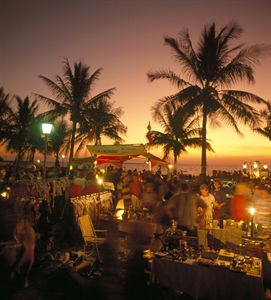 The Darwin council wants Territory Day cracker night to be changed because of bushfire risk.

Cracker night is usually held during Territory Day celebrations on July 1, when the Territory celebrates the day it declared independence from the Commonwealth Government in 1978. The Northern Territory is the only part of Australia where a consumer does not require a permit to buy firecrackers, but this only applies on 1 July for Territory Day.

But the event had to be postponed this year because of coronavirus lockdowns in Darwin and Alice Springs.

Last week, Chief Minister Michael Gunner announced Territorians would be allowed to let off fireworks on the evening of August 29 instead.

“I said I would keep you safe, and we would only go back to blowing things up when we were safe from the virus,” Mr Gunner wrote in a Facebook post.

But the City of Darwin wants the event to be delayed until April next year due to the risk of bushfires.

At a council meeting this week, a motion to write to the Chief Minister to express concern that the August date posed “a significant risk to our community” was passed unanimously.

“Council respectfully asks the Chief Minister to follow the advice of the bushfires council, volunteer firefighters, the scientific experts at CDU and move firecracker night to be held in April 2022,” the motion stated.

Alderman Andrew Arthur moved the motion, and says volunteer firefighters are “mortified” by the current scheduling.

“In late August, the ground is about as dry as it's going to get. The wildfires will be a lot more severe, a lot more intense and a lot more uncontrollable,” he said.

He said pushing the event to April next year would allow it to occur when the ground is still relatively damp after the wet season.

Dr Andrew Edwards, a bushfire researcher at Charles Darwin University, has similar concerns, pointing out that the Top End is often subject to total fire bans in late August.

“I was a bit surprised and probably as horrified as everybody who is a volunteer firefighter, or in that industry,” Dr Edwards said earlier this week.

“It's pretty dry, it's very hot, a bit windy, leading to often extreme, if not catastrophic conditions where you wouldn't imagine lighting any sort of fire would be a good idea.”

The NT Government says it is consulting with volunteer firefighters over the concerns.