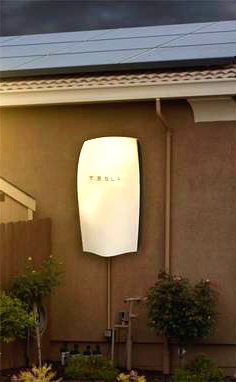 The SA Government is continuing to roll out Tesla home battery systems to create a virtual power plant (VPP).

The state launched a scheme in 2018 to install Tesla batteries and solar panels in South Australian homes as part of a plan to create a VPP.

The government says linking these systems together to form a VPP will lead to cheaper energy prices for consumers, and reduce pressure on the grid.

Over 1,000 Housing SA homes have been supplied with solar systems and batteries free of charge. The cost of the project is financed through the sale of electricity generated by the panels.

However, Energy Minister Dan van Holst Pellekaan says the scheme will now move into a new phase, installing Tesla batteries in 20 housing trust homes that are not suited to solar.

“We haven't been able to deliver for all of those people because some of them — their homes weren't quite right for solar,” he said.

“Perhaps there's a tree shading the roof, or the roof faces the wrong way, perhaps structurally the roof is not quite right for a solar installation.

“Now we have an opportunity to go back to those homes … and say; ‘We've got a different style of offer. We will give you a free battery, in partnership with Tesla’.”

Mr van Holst Pellekaan said there will be “very, very significant savings … from having a battery only”.

He said battery-only participants would see their bills slashed by almost a third.

“We can find that a battery alone, as part of the Tesla VPP, can still deliver the 29 per cent savings on electricity prices that other housing trust and public housing homes are receiving,” he said.

“Through the aggregation of all of these batteries, being part of the broader SA VPP, they work in a concerted way to support the grid.”

The full battery-and-solar scheme continues too, with another 3,000 properties included in the next phase, taking the total to 4,100.