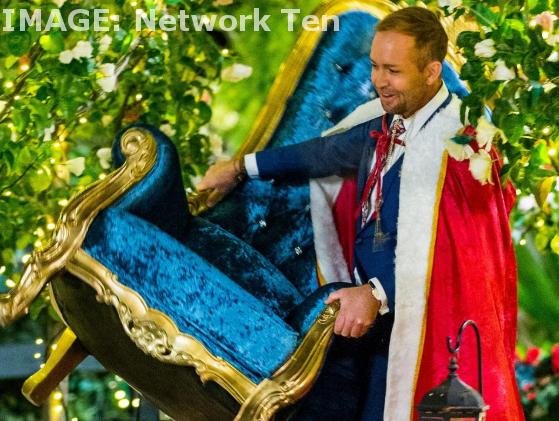 A formal investigation has been launched into a Noosa councillor’s conduct on a reality TV show.

The Office of the Independent Assessor (OIA) is reviewing the actions of Noosa Shire Councillor Jess Glasgow as a contestant on reality TV dating program The Bachelorette, after comments he made on the dating show were described as “crude” and “highly offensive”.

Cr Glasgow was sent home on the second episode of the dating-elimination show after being accused of making several inappropriate comments.

In one scene involving a group of men on a date with an individual woman, the councillor was dressed as the rear end of a horse.

A photographer asked the ‘bachelorette’ at the centre of the show - Angie Kent - to sit on the councillor’s back.

Cr Glasgow said: “Don't mind if I get some wandering fingers, all right?”

Visibly uncomfortable, according to reports, Ms Kent asked: “Jesus, what is wrong with you?”

Cr Glasgow was shown making licking and biting gestures near her leg, and asking whether he would be; “The first person she gets to ride”.

Cr Glasgow also made a comment about a fellow contestant not trying to kiss Ms Kent.

“I would have just grabbed that sweetie and laid one on her,” he said.

“I've kissed plenty of girls and they've turned their heads before. I'm used to it.”

The OIA says it received and assessed a number of complaints regarding Cr Glasgow’s behaviour on the program.

The OIA has already assessed the councillor's actions as “misconduct”, rather than the less serious offence of “inappropriate conduct”.

Cr Wellington said that after watching the show, he was “totally appalled, as was my wife, and I'm sure most women watching the program would have been appalled”.

“It was just incredibly misogynistic, crude, and highly offensive behaviour that was being displayed by Councillor Glasgow on the show,” he told the ABC.

“I spoke to Cr Glasgow [Friday] morning and it was my strong recommendation that he should remove himself from the office of council.”

Cr Glasgow said he would not resign over “a one-off mistake”.

“No, I don't believe one action, a bad mistake, bad call on my behalf should jeopardise the rest of my political career,” he said.

“I still work for the people, I've been doing great before this and I'll do great after it.

“Obviously I'm not proud of what I did, I'm a first timer at this reality TV thing.

“I'm truly sorry if I made her [Angie Kent] feel uncomfortable.

“My actions were not good I agree with that, there's no explanation for what I did.

“This is one day of filming, this is entertainment, reality TV.

“I in no way carry myself this way in my everyday life.

“It was poor judgement, I was joking around as a jovial guy, you've got to remember we're on a set with all guys between 25 and 35, I just took it a bit too far.”