Adani given free rein on water 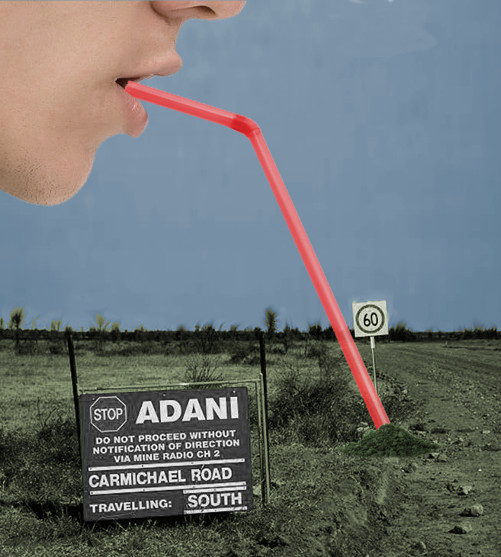 Adani’s $16b Carmichael coal mine has been granted unlimited access to groundwater by the Queensland government.

Fairfax media has obtained a leaked copy of Adani's water licence, which gives Adani permission to self-report the amount of water it extracts until 2077.

The Indian mining giant will conduct its own reviews of its own groundwater modelling with no independent or government oversight, and will not be subject to any impact levels that would trigger a halt to mining.

The company’s environmental impact statement says it will extract 26 million litres of water a day by 2029.

A spokesperson for the Queensland Department of Natural Resources and Mines told Fairfax that modelling showed up to 4.55 gigalitres of groundwater could be taken per year.

“Adani will also need to establish make-good agreements with groundwater users who could potentially be affected by changes to water availability or quality,” the spokesperson said.

But there are questions about just how far the mine will have to go to protect water sources, as it would not be subject to the new Water Act Referral Panel, which aims to ensure “the sustainable management of water in Queensland”.

Carmichael and the eight other mines planned for Queensland’s Galilee Basin are emerging as battlegrounds for major environmental campaigns.

The latest criticism of the Carmichael mine adds to issues raised earlier this week about the likelihood that India would receive any of Australia’s high-quality coal, and thus be able to reduce its carbon emissions.