Advice given as abuse rises online 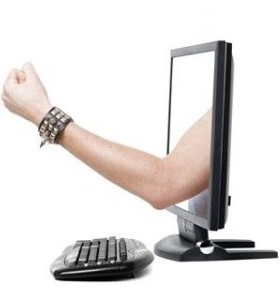 It seems the general public has taken up the habit of criticising public servants via social media, leading to suggestions workers need better online protection.

The Public Service Commission has taken up the fight of the workers, saying it will continue to educate and inform its way to better internet practices, and hopefully reduce cases of cyber-bullying.

An alert has been sent to 170,000 Commonwealth officials, raising awareness of the issue and providing a self-help guide for workers.

The Public Service Commission is urging victims to consider calling the police, think about laying down apprehended violence orders, or even suing their tormentors.

The most recent State of the Service circular report says around 1700 officials have reported being bullied online, with a third of those saying it some from members of the general public.

“Cyber-bullying is an emerging issue for APS employees, associated with increasing use of social media and other online networking tools,” the report says.

“Mechanisms may… be available to agencies and employees under state criminal laws, including laws relating to stalking, or under other laws relating to protection or apprehended violence orders, privacy, and discrimination.”

A ‘Working Group on Cyber-bullying of APS employees by clients’ comprising nine agencies and departments has been put together. It will seek advice from Australian Federal Police and the Attorney General's Department.

“What is new is the online nature of it.”

“What this circular is about is a preventative measure to give agencies some assistance to help protect their employees if their interactions with members of the public online could be distressing for them or harmful.”

Recent reports state that some departments suffer worse than others, and have had to take extra measures.

The Department of Human Services is reportedly stepping up its efforts to protect its frontline workers in Centrelink, Medicare and the Child Support Agency from repeated threats of violence.