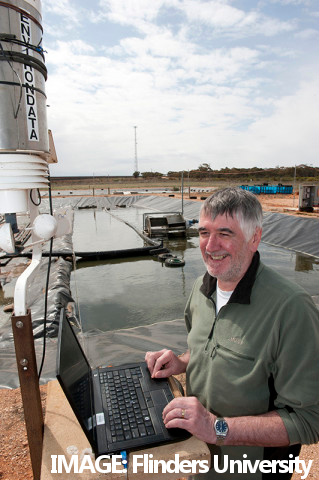 Rural Australian towns may soon have a new option for much-needed wastewater treatment.

In a world first, a new, locally-designed wastewater treatment system has been accepted as an alternative to existing passive lagoon systems for use in South Australia.

The approval is the result of a push funded by the Local Government Association of South Australia (LGA SA) State Community Wastewater Scheme.

The new system is smaller, faster and more effective at cleaning wastewater and creates the potential to reclaim more water for alternative use.

Wastewater treatment systems are used by non-metropolitan councils around the country and in remote locations such as mining camps.

In SA, they are regulated by the SA Department of Health Wastewater Management Group, which has accepted the new system.

The Local Government Association of SA, which administers State subsidies for new Council wastewater treatment systems, will be alerting councils to the new option.

Experts undertook extensive testing of the new system in a side-by-side trial with a conventional system at Loxton-Waikerie District Council's Kingston-on-Murray site.

Centralised treatment systems are commonly installed in non-sewered (mostly rural) areas, generally where disposal of effluent by on-site systems is made difficult by space constraints, poor soil absorption, failed soakage or other issues that create a potential public health issue.

“If you are close to the Murray, where there are sandy soils, there is also the potential to contaminate the river and groundwater,” says Flinders University's Professor Howard Fallowfield.

With funding from the State Community Wastewater Scheme (CWMS) administered by the LGA and the University, the Flinders research team installed a high-rate algal pond at Kingston-on-Murray.

Much of the field work was undertaken by Flinders PhD researcher Neil Buchanan, who sadly died of cancer in July last year.

“Our final report demonstrated that our system occupied about 40 per cent of the area previously required, with the smaller footprint opening up the technology to other rural communities that previously had insufficient land area,” Professor Fallowfield said.

“These sustainable, low-energy systems are cost effective to run, and the capital cost of construction is also about 40 per cent of the previous system for effluent-only schemes, and marginally higher for blackwater schemes.”

Independent reviews of the data by the Australia Water Quality Centre validated the method, and found that its ability to remove pathogens was equal to, or better than, the existing system.

“But whereas the current system takes 66 days to do the treatment, we can to it in between five and 10 days,” Professor Fallowfield said.

He says with more reclaimed water available to irrigate woodlots, the new system is a winner, both environmentally and economically.

The adoption moves the high-rate algal pond system from the research sphere into the real world for the first time.

“With the configuration pre-approved, a consulting engineer can apply the technology off-the-shelf,” Professor Fallowfield says.