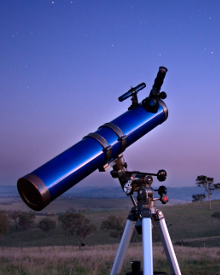 A submission from the Community and Public Sector Union has poked holes in the very basis of the Government's Commission of Audit, saying parts of the Public Service probe are simply wrong.

National Secretary of the CPSU Nadine Flood has delivered the union’s submission to the Senate Committee enquiring into the Commission of Audit, which says there are a number of problems with the assumptions made in the terms of reference which may corrupt the process.

The CPSU says point one in the terms of reference claims the public sector has swelled significantly over the last 20 years while providing fewer services.

“This is simply not factually correct,” Ms Flood said.

“Twenty years ago the Australian Public Service employed 160,349 staff for an Australian population of 17.8 million; yet today there are 167,257 employees serving a population which has grown to 23.1 million.”

The union says over that time the Australian population had grown by 29.91 per cent, while the APS workforce had expended by just 4.31 per cent.

“Clearly there is not an explosion in public sector numbers,” the CPSU national secretary said.

The submission included figures from the World Bank in 2012, which reportedly ranks Australia in the top 6 per cent worldwide for government effectiveness, and puts it in the top 3 per cent for regulatory quality.

“This is clear evidence we have a far more efficient government than most of our peer nations,” Ms Flood told the Senate hearing.

The CPSU says the Audit in regard to the public sector is being launched off shaky grounds.

Ms Flood said the Commission of Audit ignored the fact that the federal public sector was more efficient than ever; is based on an inherently flawed and false view of Commonwealth Government employees; and will most likely make recommendations that would not benefit the government, its staff, or the Australian community.