Can't reach them? Beat them 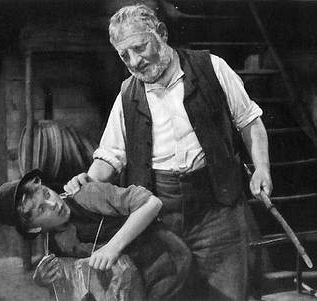 A West Australian mayor wants trouble-making kids to be caned, and is looking to the Barnett Government for support.

Kalgoorlie-Boulder Mayor John Bowler says magistrates should have the option to order caning and other forms of corporal punishment.

He believes physical pain will shock and deter young offenders from “a life of crime”.

While psychologists tend to suggest methods like social intervention or education to stop youth crime, Cr Bowler says kids can be bashed back onto the straight and narrow.

The Mayor did not specify the size or weight of the reformative rod.

He also said the physical abuse of teenagers would be a “last resort”.

“It's pretty draconian, and some would say barbaric,” said Cr Bowler, a former state Labor MP.

“But maybe a couple of cuts across the hands, or across the bottom, may turn their life around.”

The mayor may know better than anyone that juvenile crime hits Kalgoorlie-Boulder hard over the summer.

In addition to caning, Cr Bowler said short-term prison sentences might help too.

“One or two days in a jail cell in Kalgoorlie here; no television, the bare minimum of exercise in the yard,” Mr Bowler said.

“Where the kid goes 'gee whiz, that wasn't very nice, I don't want to get locked up again' and hopefully changes their life around.

“The alternative is what we have now, where they're committing crime, they're out on bail and it doesn't stop.”

Cr Bowler made a recent comeback to politics, moving from the state to local level, with a bold promise to fight “antisocial behaviour”.

He says he would be glad to hear from anyone with a better solution than the proposed educational beatings.

The mayor says he will raise his retro approach to law enforcement with Police Minister Liza Harvey and Attorney General Michael Mischin at the next opportunity.

Other local councillors are planning a community crime rally to send a message to the Barnett Government as it heads into a state election.

Cr Bowler does not support this move.

“Police statistics show that crime isn't any worse, but then again it isn't getting any better,” he said.

“I think we know we've got a problem, and its a matter of working with police, and all the various government agencies to achieve something.”

Council officials held a crisis meeting with senior police and government agency heads in Kalgoorlie-Boulder on Monday, and a follow-up meeting of youth support organisations on Wednesday.