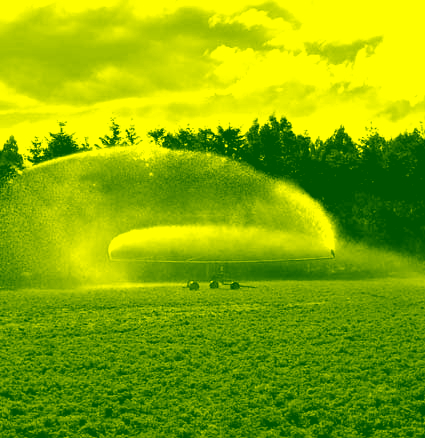 The Cloncurry Shire has built a new trial site to test treated effluent for agriculture.

With about a megalitre of sewage flowing from the toilets of Cloncurry every day, the test site will see if it can be used to boost the production of crops including sun hemp, soy beans, sorghum, and leucaena.

“We know that there's huge potential for the area, as far as irrigation goes, in agriculture and it's the first step to show that it can produce,” Cloncurry Shire Mayor Greg Campbell said.

“We've got some state government departments excited and some potential investors excited so the next stage is to look at a commercial-sized farm.

“There are naturally some that are really thriving, and the sorghum is.

“There are others that are struggling a little which is the point of the trial, to find out what thrives and survives.”

The council is planning to test agave, which is used to produce tequila and biofuel.

“There are some different forms of agave that people would have in their gardens but this particular type is a bigger version and it's supposedly a great plant for making biofuel,” Cr Campbell said.

Professor Ian Godwin from the University of Queensland's Crop Science Centre said it could be a very useful new crop, given time.

“It's a desert plant and where it's grown in Mexico, where they use it to make tequila, it produces a large amount of biomass but it takes about five years to do that,” he said.

“It grows slowly so provided you're willing to wait five years before you harvest it, it's no problem at all.”

Cr Campbell has high hopes for a local biofuel industry.

“We’ve got a trial site in conjunction with MITEZ [Mount Isa to Townsville Economic Zone], state development and the council to work out some ideal crops to grow in anticipation of a biofuels industry in the North West,” Cr Campbell said.

“The way this project originated from, we had excess effluent water from the sewage treatment plant that we need to do something with, and it couldn’t be released down the creeks so we had to irrigate it somehow.”

Cloncurry Shire Council used MITEZ funding to secure the services of a specialist agronomist to oversee the project, with assistance from the Department of Agriculture and Fisheries.