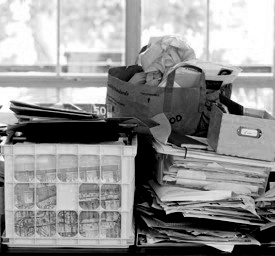 An Australian publisher and conference provider with ties to the local government sector has entered voluntary administration.

CommStrat – which ran a range of local government news outlets - had been operating for over 53 years, and blames its collapse into voluntary administration largely on structural change.

“These challenges have been compounded by CommStrat’s obligations under its senior debt facility.”

Deloitte administrators have been called in, with Richard Hughes and Glen Kanevsky appointed to run the administration of CommStrat and its subsidiary Hallmark Editions.

The administrators say the company continues to trade and retain all 25 of its employees.

They are assessing CommStrat’s financial position with a view to getting the most value for all stakeholders in the event of a sale.

Chairman Alexander McNab said CommStrat had sought “accommodation from its senior lender and other creditors” in recent days, after it was slugged by “weaker than expected trading” in December 2014 and January 2015.

“The directors are now of the opinion that CommStrat will not receive sufficient accommodation to continue trading as a going concern,” he said.

The Deloitte administrators are now sifting through the pieces of the broad business network, figuring out what to do with its media and IP assets.

It is understood that parts of the CommStrat network will be shopped-around to existing industry players.