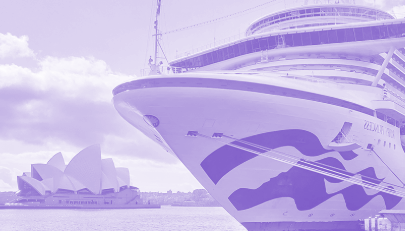 The NSW Homicide Squad is investigating 21 deaths and hundreds of COVID-19 infections connected to the Ruby Princess cruise ship.

Over 2,700 passengers were allowed to disembark from the Ruby Princess cruise ship at Circular Quay in mid-March despite 13 people on board being tested for COVID-19.

While they waited on test results, a wave of passengers who had been exposed were sent off in cabs, trains, buses and planes.

The homicide squad will work to determine if the ship's management, crew or operator were criminally negligent.

Reports say they will question what senior employees, crew or the corporation itself knew about the health of the passengers. They will also want to know what actions were taken, and what they did or did not tell Australian authorities.

The ship’s owner, Princess Cruises, claims that all disembarking passengers were told to go directly home and undertake 14 days of self-isolation.

“As we have stated many times, Ruby Princess followed the federal and state health clearance processes to the letter,” the company said.

Professor Arlie Loughnan, a criminal law expert at the University of Sydney, has reflected on what could be a key issue in any legal proceedings - causation.

“The information we have about the virus is developing quickly. So we'd have to think back to the moments of departure of the cruise liner, its docking back in Sydney and then the decisions about release of the passengers on to the shore,” Professor Loughnan told the ABC.

It would be difficult to bring a corporate criminal liability case against Princess Cruises, or its operator Carnival Australia, she said.

“It can be very difficult to charge a corporation with a homicide, although it's possible under common law, because it's necessary for very senior people in the organisation to have the relevant knowledge. So it's a question of what they knew,” Professor Loughnan says.

“The type of individuals who could be liable as we could imagine might be the ship's captain, senior crew, or perhaps management members of the ship's operator,” she says.

NSW Premier Gladys Berejiklian has previously said “all of us have to take responsibility” for the decision to let passengers off the ship.