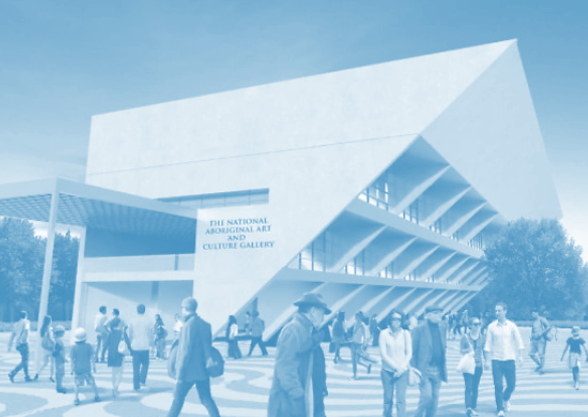 The Alice Springs council has thrown up a hurdle for the proposed National Indigenous Art Gallery.

Earlier this year, the NT Government asked the Alice Springs Town Council to relocate its civic centre to the old Anzac High site so that the Government could build the gallery in the CBD.

The council has now rejected the proposal, saying the Government’s $20 million offer is “simply unviable”.

Council CEO Robert Jennings suggested the land swap idea could still be possible, if more money is offered. He did not give a specific figure.

“I really don't know, it's too early at this stage … it's a great idea, and we really want to work with NT Government,” he told the ABC.

“They've [council] come back with a 'no', with no viable solutions or ways forward with the project,” she said.

“We're glad they're wanting to continue to negotiate about the civic centre site, but ultimately what we've had from council is a whole range of blockages on this project and no real sense they want to be part of the solutions to delivering this very important project to Alice Springs.”

She said $20 million was a generous offer.

“We know that we've delivered a brand new women's shelter for $6 million and whole primary schools for around the $20 million mark,” she said.

“It's about the economic future of this town, as well as a social and cultural one.”