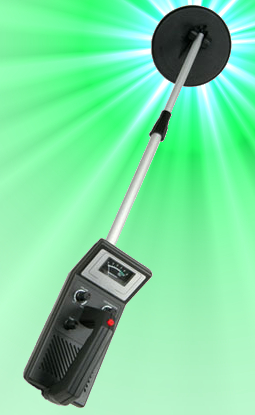 Mr Brenzi says tourists often come with metal detectors, but can easily trespass onto other people's leases, or simply get lost.

So, the council is staking out a sort of public lease.

“To make that easier for the novice perhaps the shire thought it would be worthwhile to have our own lease so we can actually show people where to go,” Mr Brenzi said.

“They can be confident they are not on someone else's lease — which can cause trouble.”

The shire has applied for three prospecting licences, and plans to charge visitors about $10 for a map giving directions to the area, which is about 10 kilometres south of Yalgoo.

“The outback starts here and we did not want to go sending people off to faraway places where they could be lost,” Mr Brenzi said.

Shire works foreman Ray Pratt - himself a keen prospector - a beginner using a metal detector for the first time was able to find nuggets.

“We had one lady come in and she had never prospected before,” he said.

“She booked in for four days with her husband.

“They sent away and bought a metal detector and went to work. [On the] second day she found a nugget. She was over the moon.

“So they went from four days they were going to be here to four weeks.”