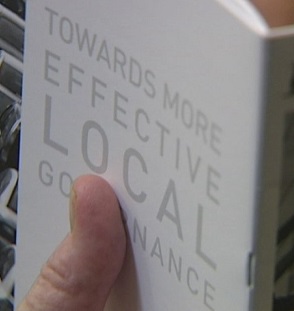 The Western Australian Government has ruled out compulsory voting in local government elections, despite dismal turnouts at some booths in polling last week.

WA and Tasmania remain the only two regions in the country to allow voluntary voting for local councils.

Tasmania has flagged a review of its position, but it appears Western Australia will continue not to force residents to form an opinion and attend a booth.

Several mayors across the massive state say last weekend saw a low voter turnout in their districts, calling for a rule change, but a spokesperson for Local Government Minister Tony Simpson said “it's not on the agenda”.

WA Local Government Association president, Troy Pickard, says there should at least be a conversation. The newly-elected mayor of Vincent, John Carey, says he cannot see why the State is so strongly ruling it out.

“To simply blank it off or say we're not going to look at it at all I think is ridiculous,” Cr Carey said.

“It just doesn't make sense and I think that we would actually get better local government if all the community are having their say on issues that matter to them.”

“We need to look at how do we make it an easier voting system if we are going to continue with voluntary [voting].”

The Western Australian Government commissioned a review of local governance in 2011, which at the time recommended voting at council elections be made compulsory.