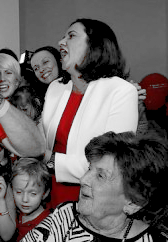 The Local Government Association of Queensland says it is ready to work with the new Queensland government.

Just a few weeks after the LGAQ backed the LNP’s election bid and said a hung parliament would hurt the state - it is now willing to deal with the Labor minority government that the state voted in.

The Association says its advocacy team is working on about 40 separate briefing notes for the new Cabinet, informing ministers and their staff of the LGAQ’s 10 Point Policy Plan.

It also wants to work on outstanding policy issues from the previous government.

Those issues include the new government’s intentions about the conduct of local government elections, the need to ensure disaster management systems recognise the key role of councils and the future of strategic urban and regional planning.

The council lobby also wants to know the new government’s plans for industrial relations, the role of local councils in the protection of the Great Barrier Reef, the future of regional development and the continuation of State funding for pensioner concessions on council charges.

“We will hit the ground running as soon as the new ministry is sworn in,” said LGAQ President Margaret de Wit.

“These are testing times politically and economically so it’s more important than ever that local government’s voice is heard in George St.”