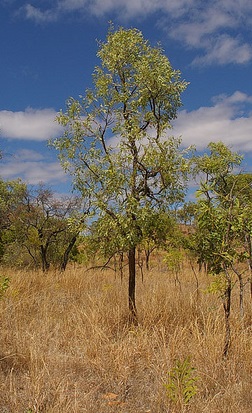 One town has been left so parched by drought conditions that it is trucking-in water every day.

Water carts bring 10,000 gallons per day to residents of the town of Forsayth, with two tanks at a nearby treatment plant refilled on a daily basis.

The eighty residents of Forsayth are part of the remote Etheridge Shire Council, which has been under dire drought conditions for months.

Etheridge Deputy Mayor Ian Tincknell praised the town for its water-saving abilities, which meant the plan to cart water from outside did not have to be put in place until later than first assumed.

“The Forsayth people really took on board the restrictions,” the Deputy Mayor said.

“I believe that they have already been using within the 10,000 gallons per day even from the dam.”

“So with those heavy water restrictions and with responsible use of water from the Forsayth residents, the dam has been able to string on longer than what was expected,” he said.

Paroo Mayor Lindsay Godfrey says they can barely get enough water to continue roadworks, with few good prospects for the future.

“The evaporation that has gone on, the loss, total loss of surface water, we are having enormous problems out here just with our road contracting operations just getting water for roads,” Mayor Godfrey said.

“The water situation is dire, the pasture has gone, there's only really fodder harvesting of mulga left... outside of that, everyone is really looking at some sort of shutdown.”