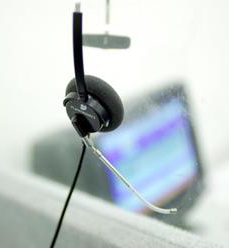 A local report has accused Centrelink’s national boss of racking up excess costs, while the department sacks hundreds of workers.

DHS is one of the largest parts of the government with 5,000 Canberra-based staff occupying six buildings in one suburb, forming of the base of operations for Centrelink, Medicare, the Child Support Agency and others.

However, the report says Ms Campbell along with 480 upper-tier departmental staff are based at the new DHS headquarters; a $103 million building in the charming suburb of Forrest in the capital's inner-south, just a short walk from Parliament House.

Forrest is 20 kilometres from Tuggeranong, where the rest of the DHS works.

Ms Campbell has two offices closer to the trenches in Tuggeranong, with one specifically designated a “visiting office”. The other is a rarely-used yet lavishly-appointed office space with a private bathroom and kitchen.

Reports of the allegedly excessive working spaces of one the top people in the Department of Human Services comes as it sheds over a thousand call centre staff to tighten its belt.

Meanwhile, call response times are dropping rapidly. Recent statistics said a call to Centrelink is usually picked up after 16 minutes, with waits over 90 minutes in some cases.

Welfare reviews and updates will take months or years for many thousands of clients, at the rate Centrelink is currently trying to tackle them.

A departmental spokesperson has defended the Ms Campbell’s workspace arrangements.

“The secretary's role requires essential business in both the parliamentary and Tuggeranong precincts,” she said

“Having a base in both regions ensures the secretary can progress work from any of the hubs with senior executive staff as required.”

The drive from Tuggeranong to Parliament House takes less than half an hour, and it is believed both sites are equipped with telephones.