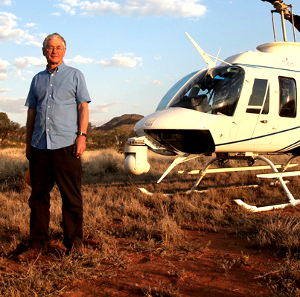 Mr Smith says small commuter planes are still safer than road travel, but restrictions simply make it too expensive for many commuters.

He believes the government and the Civil Aviation Safety Authority (CASA) do not understand that safety levels can be boosted in aviation by having the industry become more profitable.

“You can always increase safety by spending more money, but then you end up with less people who can afford an air ticket,” he told the Newcastle Herald.

“It’s a balance, but in aviation people don’t admit it’s a balance. They lie and, from the minister down, they’ll tell you that safety is in front of everything else.

“I think we can have higher levels of safety but with less waste, less money wasted on the regulative system.”

While the fortunes of regional airlines such as REX (Regional Express) have dropped in recent years, Dick Smith says a few regulatory changes could bring things back to level.

The former chairman of CASA is pushing for changed safety regulations to link safety levels with higher participation in aviation.

“Unless it does we’ll have less and less people flying and you won’t have any regional aviation at all,” Mr Smith said.

“We’ll kill more Australians because they all be driving to Sydney they won’t be going by air and that’s criminal.”

The former tech industry leader says regional aviators are hit hardest because there are fewer passengers, but the same safety expectations.

“But what’s been happening is the do-gooders in the bureaucracy have been trying to make a Saab as safe as a 747 and you can only do that by increasing the air ticket by 10 times to get the same income as 300 people.

“Flying in a small commuter plane is probably 30 times safer than going by road and flying in big airline aircraft would be 40 times safer.

“If you want to make the small commuter plane 40 times safer you’ll have no one flying.”

“You can have very high levels of safety without the enormous costs and that’s what you have to be smart at doing,” he said.

Mr Smith points to a requirement that he must adhere to for his helicopter licence, saying he must have his helicopter’s altimeter checked every two years. In the United States the requirement is every five years.

“Of course it makes it safer, if you checked it every three months it would be even safer, but with the cost of flying I’ll be the only one who can afford to have a helicopter,” he said.

“It’s a matter of that balance between cost and benefit.”