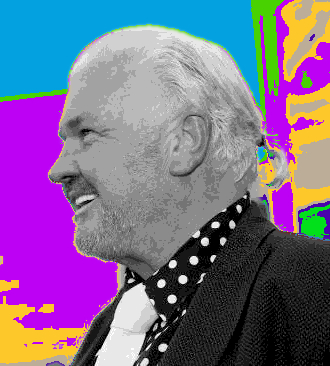 Geelong will go to the polls in 2017 after the amendments to the Victorian Government’s attempt to sack the entire council.

Councillors including Mayor Darryn Lyons are still tipped to be formally sacked when the Victorian Upper House votes this afternoon, after a review revealed strong allegations of widespread bullying and dysfunction.

The State Government’s initial plan would have seen the council in the hands of administrators until 2020, but the Opposition and Greens said they would block the bill unless it included an earlier election.

The Government says it will not oppose the amendments.

“I think it went extremely well, I had a fantastic hearing. This is all about the citizens of Geelong and that's why I'm here,” he said.

The Government has sought to clear out the council since an independent report should deep and disturbing dysfunction.

“The mayor and a significant number of councillors have regularly intimidated, abused and sworn at staff, often in the presence of others, in the pursuit of their own interests,” the report found.

“This has created a climate of fear and anxiety for many staff and a consequent reluctance to give frank and candid advice.”

The report detailed a range of incidents in which Cr Lyons abused staff members, finding “extensive and consistent” evidence of bad behaviour.

“Evidence was given that when asked whether he wanted to be interviewed for a particular event, he retorted; ‘Where the f*** were you? I needed you to take photos, the f***ing Leader of the Opposition was in Geelong for the breakfast’,” the report said.

“In another instance, it was alleged also that the mayor told a staff member that the staff member; ‘Should be picking up dog shit’ and belittled the person concerned later at a public event.

The report covered allegations that Cr Lyons threatened to “close down” a local business over a dispute with the owner, something Cr Lyons said he could not remember.

Among the more bizarre incidents in the report saw a council manager attacking the walls of a shed with an axe.

The manager unleashed on the wall after a pregnant employee complained about a lack of ventilation.

“Ventilation, I will give you f***ing ventilation,” the manager is alleged to have said.

In Melbourne on Thursday, Cr Lyons said whatever happens, it should be about democracy.

“I think directly elected councillors should be put back into place as soon as possible, if the worst case scenario of the sacking happens this afternoon,” he said.