Insiders say a growing stoush in a WA gas field could be the next flashpoint for tensions between miners and indigenous groups.

Buru Energy is seeking to push ahead with exploration at Yulleroo, 80km east of Broome, but a group of local Yawuru people led by traditional owner Micklo Corpus have set up camp to stop them.

Buru plans to sink two test wells ahead of likely ‘fracking’ activities in the region,

After some green groups and indigenous elders campaigned against Woodside Petroleum’s James Price project last year, there are fears that a similarly sticky situation could be unfolding.

Mr Corpus has told News Corp reporters that the protest will last until Buru stops its program, and nearby water supplies are safe. 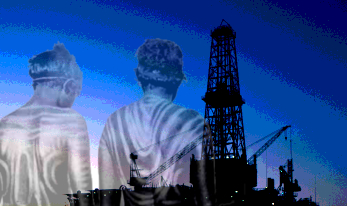 “My role as a custodian is to look after our country,” he said.

Mr Corpus claimed Buru attempted to enter the site early in the protest, but he had blocked the company vehicle from entering.

He said Buru called the police, who ­issued Mr Corpus with a “move on” notice, with which he complied for the rest of the day.

It has been a rough run for Buru to get the project off the ground, suffering a major blow when it could not secure the formal backing of the Yawuru Native Title Holders Aboriginal Corporation.

But because Buru’s exploration permits have already been granted, the Yawuru people do not actually have the right to negotiate under the Native Title Act.

In fact, the group that owns the land has no legal basis to veto Buru’s activities.

The energy firm has previously claimed that it would only undertake ‘fracking’ projects when they have broad community support, but it appears that the protest is not enough to convince Buru that many are opposed.

“Protesters are exercising their democratic rights and we support people’s rights to put forward their view, but we ask people to act safety,” a Buru spokesperson said.

“The protest is on a busy highway and access road to a working pastoral station.”

Buru has been operating for some time in the Canning Basin, which has the greatest known stocks of unconventional gas in the world outside the US, surveyed at about 6.48 trillion cubic metres of gas.