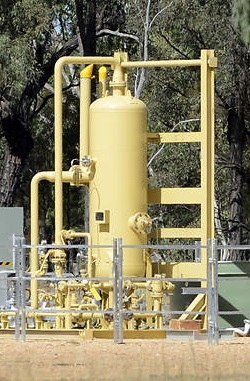 The Mayor of Gloucester has called on the NSW Government to buy back AGL’s coal seam gas (CSG) licence for the area, saying he cannot ignore the negative impact on residents.

AGL has permission to move ahead on Stage One of its Gloucester Gas Project Stage, which will see 110 wells built to provide about 15 per cent of NSW's energy needs by 2018.

But Mayor John Rosenbaum is now seeking his council's support to push the state government to negotiate a way to buy back AGL’s petroleum exploration licence (PEL).

He says that if the project goes ahead, it could take a heavy toll on the local community’s wellbeing.

“I know how much people are suffering around the AGL project,” he told the ABC.

“What's different in the Gloucester Basin is that these wells are going to placed reasonably close to residential land.

“The effect it's having is enormous.

“I could not go through the next six months without making the comment to the government they need to be listening to the people.

“They need to understand the effect it's having on people.”

“The social fabric of our town is suffering enormously because of the length of time the decision is being made.

“With the incident that happened in Queensland just recently with George Bender committing suicide I'm really concerned about our community.

“The health issues around this and the mental issues more than anything else.

“I don't want the responsibility on myself or our council if something like this was to happen in the Gloucester Shire.”