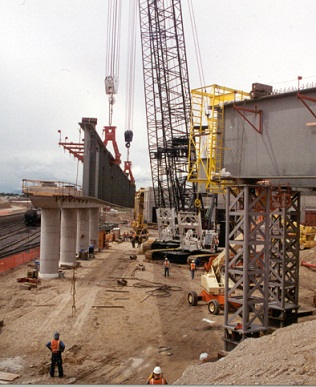 Infrastructure Australia has released its 15-year Australian Infrastructure Plan, and it has already been used to argue for more local government involvement.

The report says the lowest tier of government has an important role to play in the broader national productivity agenda, if freight is to move more efficiently.

It urges councils and state government to work on was of removing first and last mile constraints across the national freight network.

“Local roads are an essential component of the national road network and, in aggregate, make a significant contribution to state and national productivity. They are the building blocks providing access to and from our front gates to local, regional, state, national and international services and markets,” says ALGA president Mayor Troy Pickard.

“There is a need for greater Federal support and investment in local roads through Local Government. In the absence of this support, the effects of local road pinch points and bottlenecks continue to hinder local and regional economic development, ultimately affecting the development of the nation as a whole.

“Programs like Roads to Recovery help with the basic maintenance of our local roads, but with freight traffic only getting bigger and their loads heavier, more needs to be done to upgrade the local road network to handle the significantly higher volumes of freight traffic and provide safe access for all major classes of heavy vehicles.

“ALGA strongly supports the report's focus on improvements in productivity through investment in infrastructure and we have argued that, in its May budget, the Government should commit to a program directed at regional road projects, funded at $200 million per annum for five years, to ensure that freight connectivity issues and first and last mile issues are addressed to improve national productivity.

“We must unlock local and regional productivity improvements through investment that improves access for freight vehicles and connectivity between local roads and preferred state and national freight routes.”