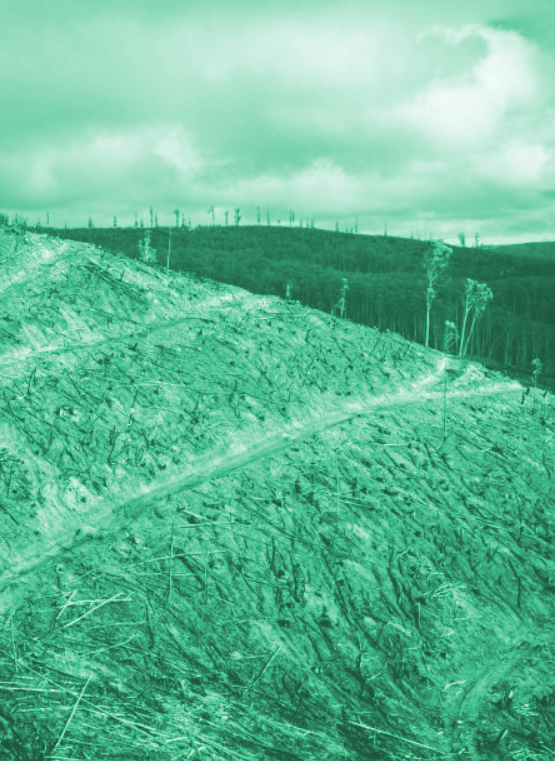 There is concern that “widespread” illegal logging is putting Melbourne’s drinking water at risk.

However, researchers from the Australian National University have found 231 hectares of steep slopes in Victoria's Central Highlands that are clear-felled.

The team compared slope information from GeoScience Australia with European Space Agency satellite imagery to show the areas had been logged.

“Ten years ago you could drive through here and you wouldn't see a [logging] coupe anywhere in this rugged terrain. Now we're seeing them everywhere,” ANU’s Dr Chris Taylor says.

“We're seeing widespread occurrence of this across many catchments.”

“Logging at steep slopes can cause soil erosion which can be deposited in waterways,” said ANU soil erosion scientist Elle Bowd.

“Implications in water catchments could include increasing turbidity, salinity, nutrients — which can result in algal blooms.”

The scientists say they have evidence of breaches in 252 logging areas since 2004 — the year VicForests began operating.

The Thomson catchment supplies almost 60 per cent of Melbourne's drinking water, but over a third of the areas logged by VicForests included slopes that exceeded 30 degrees.

Victoria’s Office of the Conservation Regulator (OCR) is investigating.

“The OCR is empowered to investigate allegations of this nature and can take appropriate action if required,” Victorian Environment Minister Lily D'Ambrosio said.

VicForests has issued a statement saying it complies with the Code of Practice for Timber Production.

The Victorian Government recently announced plans to phase out native timber logging by 2030.

But the Government has a legislated contract with Australian Paper to supply native timber under a deal passed by the Victorian Parliament in the 1990s.

“VicForests have had to breach their rules to meet the legislated supply volume that it's bound to deliver,” Dr Taylor said.

“It's literally pushing them over a cliff and onto these steep slopes.

“They're running out of wood, so they're going into economically marginal country, which in turn compromises the integrity of these special water supply catchments.”

Reports last year revealed VicForests conducted widespread illegal logging of timber in state forests they did not own, which led to a “special audit” by Victoria's Department of Land Water and Planning.

The audit was reportedly completed months ago, but has not yet been released.

After last year’s illegal logging revelations, the Government closed what it said was a loophole that made it hard to prosecute VicForests for criminal behaviour.

But instead of any prosecution, VicForests was paid more than $4.8 million in “reimbursement for income lost and expenses incurred” due to the changes to the law.

It was more than double the profit made by VicForests in the 2018-2019 financial year.