Kakadu pledges from both sides 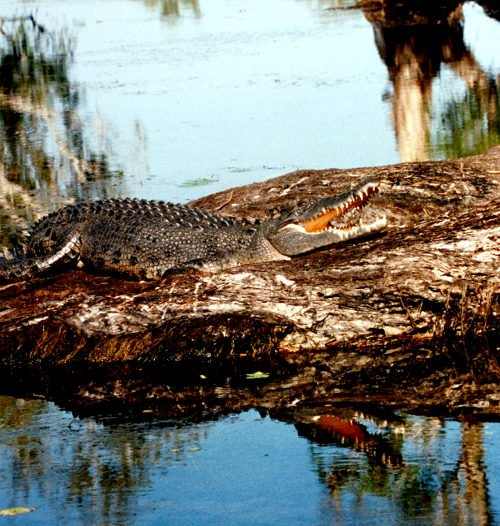 Kakadu National Park will receive over $200 million in federal funding after this year's federal election.

Prime Minister Scott Morrison has announced a $216 million pledge for the park, with the Opposition says it will provide up to $220 million in funding if it wins the national poll.

Visitor numbers to Kakadu peaked in the 1990s, when about 300,000 people a year were visiting.

With visitor numbers now below 200,000 a year, figures from across the political, business and environmental sectors want significant improvements.

Roads and other infrastructure at Kakadu are becoming delipidated, and there has been criticism of the standards of the park’s joint managers, the Mirarr Aboriginal traditional owners and the Parks Australia federal agency.

The Federal Government promise includes $70 million for roads and up to $111 million to improve tourism infrastructure.

“This is an incredibly sacred piece of ground in Australia, Kakadu is an icon in so many senses,” Mr Morrison told reporters.

“It is a living ground of 60,000 years of the world's oldest living civilisation, when visitors come here from all around the world, I think that just blows them away.

“I know from working with the tourism industry that you invest in infrastructure, not just the promotions. The international tourism business is a tough caper and standards people expect are high.”

Labor has pledged $100 million to upgrade four key access roads, $45 million for asbestos work in the town of Jabiru and $25 million for a new visitor centre.

Both the LNP and ALP say they want to help the region transition from a uranium mining town to a centre based around tourism will be a key aim.