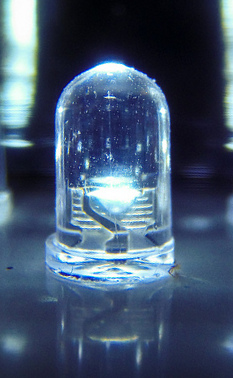 Advocates estimate the move could help South Australian communities save up to $196 million over a twenty-year period.

While councils currently contract SA Power Networks to manage their street lighting, LGA President Mayor Lorraine Rosenberg said ratepayers would save millions if councils owned and managed these assets themselves.

“We understand SA Power Networks are endeavouring to lock councils into long term unfair contracts to transition to LED street lighting where they dictate the charges,” Mayor Rosenberg said.

“Any short term savings will be eroded over the life of these contracts through annually increasing SAPN tariffs.”

“LED technology isn’t new, but SAPN is only now trying to sign up councils to change over to LED street lighting because of the pressure they are feeling from the LGA and a disgruntled sector.”

The business case developed by the LGA demonstrates savings of between $146 million and $196 million over a twenty-year period, when compared to councils signing LED contracts with SAPN.

This would be in addition to savings of around $7 million a year across the sector as a result of the reduced energy required to power LED lighting.

Mayor Rosenberg said the LGA is currently considering various operational and governance models for a local government public lighting company, with a business plan to be finalised by the middle of the year.

“It’s clear our State is facing some very real issues with the cost and supply of electricity, and councils aren’t immune from these rising costs,” Mayor Rosenberg said.

“We can’t control the market, but we can take control of our own destiny through owning and running our own LED street lighting as a sector, and passing the savings onto ratepayers.”

A spokesperson for SA Power says the company has deals to help change almost 30 per cent of council street lighting.

Spokesperson Paul Roberts has told reporters that any council wanting to use SAPN assets could negotiate a Facilities Access Agreement.

“No council has sought an FAA from us,” he said.

“Our key concerns would be safe access arrangements and resolving the issues of liability.”