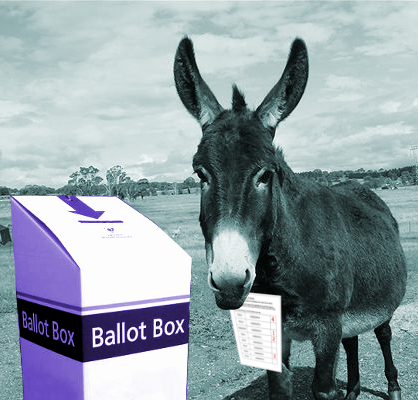 With local government elections happening across Queensland this month, the Local Government Association of Queensland (LGAQ) says it is ready for an influx of new councillors and mayors.

“We are not expecting a massive turn over, it will not be anything like 2012, based on our understanding of community sentiment,” said Greg Hallam, LGAQ CEO.

But there will still be quite a few new faces, with 15 mayors across the state not contesting the next election.

“No matter what, there has got to be 15 new mayors and we can add to that the people that don't get returned [to office],” Mr Hallam said.

LGAQ has estimated it will undertake about 60 inductions of mayors and councillors around the state in April and May.

To help them get their heads around the new roles and responsibilities, new mayors are given a specialised handbook, on-the-job-training and attend a civic leaders summit.

“They listen to older Mayors who have done all kinds of things and people from all sorts of walks of life; politicians, watchdogs, ACCC chairs, the Auditor General and the Ombudsmen,” Mr Hallam said.

As the vote draws nearer, Mr Hallam has some advice.

He says to avoid candidates carrying wild promises, such as cutting rates by 10 per cent or building big new infrastructure.

“People should be looking for the good solid citizen, man or woman, who understands the community and who has the drive and passion to push it forward,” Mr Hallam said.

“They want growth and prosperity.”