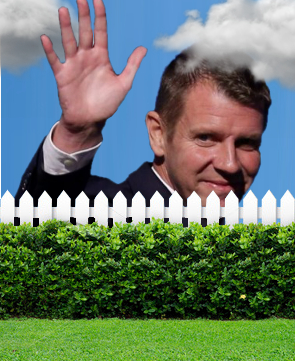 LGNSW has put out a call “for community-minded individuals to help restore local democracy to NSW councils forcibly amalgamated by the Baird Government in 2016”.

LGNSW President Keith Rhoades wants candidates to stand in the September 9 Local Government elections for the amalgamated councils, and some other councils still slated for amalgamation.

“September 9 is not a long way off when it comes to getting across all the issues in local communities and putting a campaign together,” Cr Rhoades said.

“Now is a really great time to start gearing up for the restoration of local democracy.”

Cr Rhoades was speaking on the one-year anniversary of the mass sackings of elected representatives in the metropolitan, regional and rural councils forcibly amalgamated by the Baird Government.

“It was a really difficult time, especially for many who had devoted years, even decades to their local communities,” Cr Rhoades said.

“A lot of these people have continued to work tirelessly on behalf of their communities even though they are no longer serving councillors.

“I am confident that those who stand for council on September 9 will recognise the importance of local government as the democratic voice of local communities.”

Cr Rhoades said LGNSW was working with councils who want to candidate briefing sessions similar to those run before previous local government elections.

“These programs are designed to give anyone interested in becoming a councillor a better understanding of the role and responsibilities they would have as an elected member of council, he said.

“I would encourage anyone thinking of standing on September 9  to contact their local council and enquire about any potential candidate sessions they may be running, so they can make the right decision for them, and for the community.”

“Councillors play a critical role in giving the community a voice on day-to-day life in their area, and I welcome a return to local democracy in these amalgamated areas,” he said.