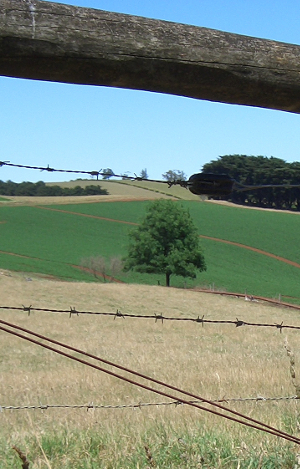 A bill has been tabled before the Queensland parliament, proposing that landowners be given extra rights for negotiating with mining companies.

Mining companies may lose a small amount of ground when they want to access residents’ land, with the bill aimed at overturning the previous ’40-day rule’.

As it stands the rule means mining companies can take landholders to Land Court if they cannot reach an agreement within 40 days, or automatically start their project after the same 40-day window.

Under the recommended changes, the miners would have to demonstrate that negotiations have occurred in good faith, under no set time window. If the talks fail, the mining company would have to apply to the Department of State Development Infrastructure and Planning for further approvals.

It means the miner would not be able to use the costly threat of a legal battle to coerce the people living where they want to dig.

“This is a provision that landholders have never had before,” Queensland deputy premier Jeff Seeney said.

“It removes the psychological lever that mining companies have held over landholders.

“I regularly remind resource companies that the Newman government has never condoned a mining sector free-for-all across our most important farming country, or areas of significant environmental value.”

Queensland Farmers Federation (QFF) chief executive officer Dan Galligan said the group supported the idea behind the amendments, but wants to know just how far the new rights for landowners will actually extend.

“The Deputy Premier was very clear: landholders must be consulted on how developments take place on their property and on this QFF wholeheartedly agrees,” Mr Galligan said.

“Central to that will be the recognition that within identified Priority Agricultural Areas, landholders must be allowed a say how coexistence would occur.

“It is this implementation step that has been missing so far and this is the solution that agricultural industry bodies have provided in their suggested coexistence framework.”

Deputy Premier Seeney said he expected some companies would be incensed by the amendment.

“Miners were always going to be angry and upset with these changes,” he said.

But QRC Chief Executive Michael Roche appears to support the change, saying legal battles were annoying for them too.

“These reforms should bring to an end the spectacle of a Canberra-based environmentalist using the Queensland Land Court to object to a Queensland mining project in western Queensland on the grounds of alleged impacts on global climate change,” Roche said.

“The stalling of projects through litigation was a strategy exposed in the anti-coal movement’s funding document Stopping the Australian Coal Export Boom that came to light in early 2012.

“The same organisations have also been going out of their way to spread fear and loathing in local communities.”