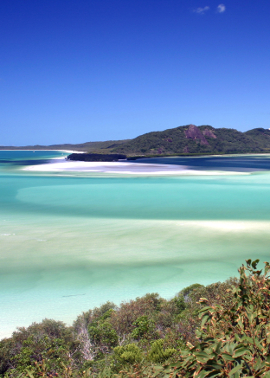 The fight that has brought a tropical council to a standstill will be mediated by the Local Government Minister.

Three councillors walked out of a council meeting this week, saying they would not be involved in any more discussions until Mr Crisafulli was called. The meeting lasted less than ten minutes.

Cr Peter Ramage, Deputy Mayor and one of the absenting trio, said the tipping point came when the Whitsunday Mayor delegated responsibilities in her absence to a councillor other than the deputy.

“To be honest with you I thought it was disgusting,” Cr Ramage told the ABC.

With the Mayor away and the council breaking apart, Mr Crisafulli says order must be restored.

“She made the wrong call so she's got a course of action when she comes back to deal with it,” he said.

Cr David Clark was another to remove himself from this week’s meeting, but says it is not that big a deal.

“Mate they're only small issues,” he told reporters.

“Instead of being able to sort them out and move on as we get to them, they just are left to fester, hence the position we took yesterday.

“These things need to be sorted out.

“If we can get some help from the Minister that'll be fine, that's good,” he said

Mr Crisafulli has agreed to meet the councillors, but says they must be able to resolve their own conflicts.

“I'll meet with every councillor in this state - there's rarely a day that goes by that I don't meet with a Council or councillors, but I'd give them some pretty frank advice,” Crisafulli told the Whitsunday Times.

“They're not going to solve their financial or infrastructure challenges by squabbling among themselves.

“What they need to do now is put their differences aside, work through their issues and deliver for their community.”