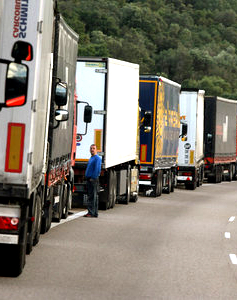 A leaked letter suggests Western Australia would be hit hard by plans to scale-down the Perth Freight Link.

It originally consisted of three phases – the Roe 8 highway extension, the second stage extending the link to Fremantle, and a third stage crossing to the port itself, which has not been finalised.

Mr Nalder said not proceeding with the second stage of the project would place over $1 billion in Commonwealth funding in jeopardy.

The ABC is reporting on a leaked letter from Federal Urban Infrastructure Minister Paul Fletcher, which allegedly suggests the Commonwealth's $1.1 billion in funding hinges on the whole project going ahead.

After first backing the entire project, Mr Barnett shelved stage two late last year, but it was revived when funding was secured for a tunnel under White Gum Valley, that would prevent the expensive and politically-stick acquisitions of homes and businesses.

The Premier said no decision had been made on stage two yet.

Mr Nalder has spelled out his concerns in a newspaper article, claiming that splitting the project would throw funding and thousands of jobs up in the air.

“The community will judge us harshly if we throw away these jobs and hand back $1.1 billion to the Commonwealth at a time when our state's economy needs a shot in the arm,” he wrote.

The letter from mid-September 14 reportedly said the Commonwealth was not interested in a “standalone section” like Roe 8.