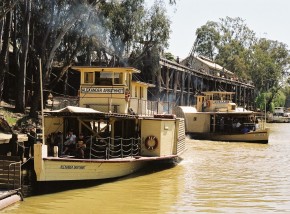 The Victorian Government has reopened a freight line that was so deteriorated it had not carried trains for the last six years.

The first engines ran the Echuca to Toolamba rail line to the Port of Melbourne over the weekend, where Australian rice will be exported to Japan and the Middle East.

Victoria’s Minister for Public Transport says industry partners have been behind the efforts to repair the rail, with SunRice putting up part of the money to patch the 67 km stretch. The combined effort cost around $7.1 million, including the replacement of over 30,000 sleepers.

“The reopened line will also be available to other exporters moving freight from the Goulburn Valley and southern New South Wales.”

Several other rail users will benefit from the newly-repaired run, with Qube logistics set to deliver six trains a week along it to the Port of Melbourne. It will also provide an alternate path for V/Line’s busy Bendigo to Southern Cross line.