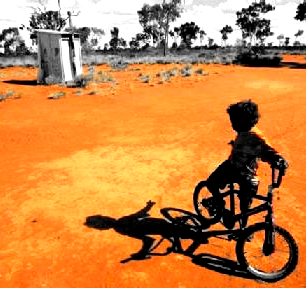 The NT education union has grilled the Government on where $272 million of funding is being spent.

But the Education Minister Peter Chandler says the union should focus on student outcomes rather than money.

Australian Education Union Northern Territory branch president Jarvis Ryan said a recent national gathering that the NT Government would not say how it was spending $272 million of federal education funding, because it did not sign up to the Gonski agreement.

Five states and territories signed up to the Gonski federal funding agreement in 2013, but the Northern Territory, WA and Queensland did not make it to the table.

Still, the Territory Government received $272 million in federal funds, money apparently not bound by the ties of the funding agreement.

“The Territory has received a lot of money from the Commonwealth, but there were no strings attached to the money with no accountability requirements and as a result we can't see where that money has gone,” Mr Ryan said at the union conference in Melbourne.

But Mr Chandler says he has the answers.

“I know exactly where the money's gone. It's gone into better results. This is where the union missed the point time and time again,” Mr Chandler told reporters.

“I can tell you where the money has gone, it's gone into improving results, not the rubbish ideas that Jarvis Ryan comes up with ... with his union mates.

“I'm sick to death of listening to the rhetoric coming from Jarvis Ryan and the union because they focus on money, they don't focus on outcomes.

The Education Minister said it was a good thing that the money came with no plan to allocate it.

“Christopher Pyne gave me the same amount of money we would have got under Gonski,” Mr Chandler said.

“But under Gonski, it was very much tied to their way of doing things, rather than the way we saw we could improve education in Northern Territory. And I guarantee you the way we were spending the money has improved results.”

It is unlikely that explanation will wash with Mr Ryan.

“We still got the Gonski money, that money is in the NT. The problem is we can't see that in schools,” the union rep said.

“What should be happening with Gonski, is there should be a formula applied to allocate that school funding on a needs basis, which means schools would get that share of that money based on their student cohort.

“Instead the Northern Territory has been free to do as they wish with that money.

“In a state like NSW that has implemented the Gonski reform, they publish a list school by school of how much money they received. That school has to report how they used that money and how the extra resources have improved student learning.”

Mr Ryan said the union was concerned about the Gonski money drying up.

“As it stands, the Gonski agreement federally is only funded until next year. What we're seeking is to get a commitment to extend that through to 2019,” Mr Ryan said.