Power pay may miss most needy 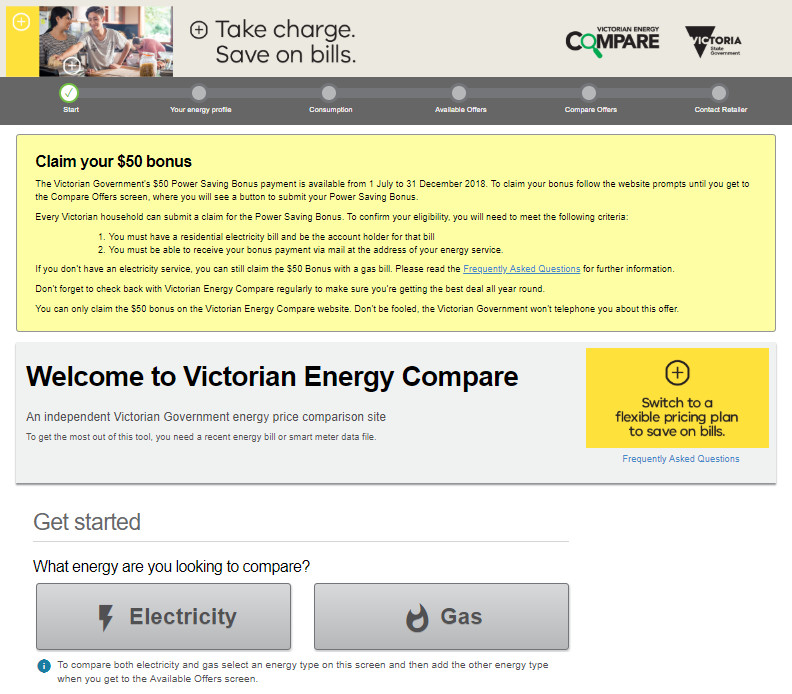 Victorian households can get a $50 bonus from the State Government if they use the Victorian Energy Compare website.

Zac Gillam from the Consumer Action Law Centre says vulnerable consumers like migrants with limited English and older people are missing out on the scheme.

“Our concern is that there will be people who will miss out and ironically it's probably the people who most need it,” Mr Gillam told reporters.

The analysts say the website asks difficult questions and uses technical jargon, requiring users to be fairly familiar with the energy market.

“As much as they've tried to make it simple through the Victorian energy compare website, it's just a really complicated process,” he said.

“They're not going to be able to navigate that website — if they even know it exists.”

The Victorian Government says people could ask their family and friends for help and go to a library for internet access.

Victoria Council for the Ageing chief Ronda Held says many older people do not have anyone to ask.

“Many of the people that contact us don't have family or friends or don't have them nearby,” Ms Held said.

She said the government’s call centre does not help people through the process.

“It is really discriminatory, it's disadvantaging people,” Ms Held said.

She said the $50 bonus relies on “one of the most digitally excluded groups in the country” having a computer, internet access and a personal email address.

Mr Gillam said consumers should not be in control of fair prices.

“The big problem on the energy market is that the onus has been put on consumers for far too long,” Mr Gillam said.

“It's an inadequate response to a really big problem. It should not be on consumers to make this market work.”