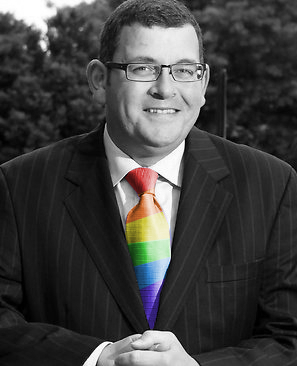 The Victorian Government’s 2016 budget will include $15 million for Australia's first Pride Centre.

The centre will put LGBTI art and history on display, as well as providing health and advisory services.

“This is a centre that we will develop in partnership with the LGBTI community and the private sector to make Melbourne an international centre of LGBTI support,” Mr Foley said.

“It will be a showcase for LGBTI culture. It will be LGBTI services. It will feature community spaces to provide a safe, supportive environment for people to be who they are.

“We're confident we can make this a centre that will make Melbourne and Victoria an internationally recognised cultural centre for LGBTI pride.”

Details will be decided in consultation with the lesbian, gay, bisexual, transsexual and intersex (LGBTI) community.

“Equality is not negotiable in Victoria,” Premier Daniel Andrews said.

“Victoria's LGBTI community has a lot to be proud of and I congratulate everyone who has worked hard to make Australia's first Pride Centre a reality.”

More announcements about services for the LGBTI community are expected in next week’s state budget.

“We want to make sure LGBTI people are proud and that the rest of the Victorian community supports them in their demands and battles to make sure that they are treated fairly, equally and that every Victorian has the right to be who they are,” he said.

The announcement comes about a month before a formal historic state apology to the LGBTI community in Parliament scheduled for May 24.

The Government says it will use the day to ask for forgiveness from those convicted under ridiculous and prejudiced laws against being homosexual.

“It's about time that we not only square the ledger and quash those convictions but apologise to those people on behalf of the Victorian people,” Mr Foley said.