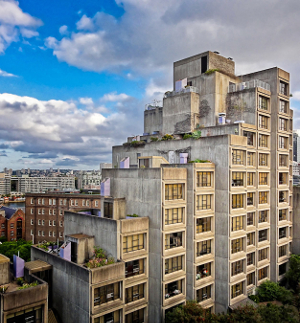 Hundreds of public housing tenants will be moved from their foreshore homes, as the New South Wales government moves to capitalise on the valuable sites.

Land in Sydney areas including Millers Point, Gloucester Street and The Rocks will be sold to the highest bidder, and the residents of 293 public housing properties currently occupying the land will have to move.

For many, the decision will see much-needed funds injected into future public housing projects, but others question whether the high figures the blocks bring will be directly spent on creating more options.

Sydney's Lord Mayor Clover Moore has vowed to fight what she considers a shocking decision.

“What we need is a balance. We need a balance of people living in our city. We don't want our city to just be for very rich people,” she told reporters.

But NSW Community Services Minister Pru Goward says with rent subsidised by up to $40,000 a year in some cases, the properties have become too expensive to maintain and too big a task to replace.

“I cannot look other public housing tenants in the eye when we preside over such an unfair distribution of subsidies.

“Every dollar that is raised from the sale will be reinvested in social housing support.”

She believes that for some, the chance to move will be welcomed, but comments from residents show there are many who want to stay.

“This is a two-year process that will begin with a meeting with each household to discuss their housing needs and where they might like to go... they might like to move closer to family and friends on the Central Coast,” Ms Goward suggested.

Barry Gardner, who has been a resident of Millers Point for over sixty years, says he does not know where he would go.

The local branch of the Maritime Workers Union says many of the residents are former dock workers still living in the suburbs they love.

“The government has no right whatsoever to sell these homes off,” Maritime Union Sydney branch secretary, Paul McAleer says.

“It is an absolute disgrace that this government is treating these people in such a deceitful and disgraceful way.”

One of the sites set to be sold, the Sirius Building, is considered a prime example of Australia’s limited foray into Brutalist architecture of the nineteen-sixties and seventies.