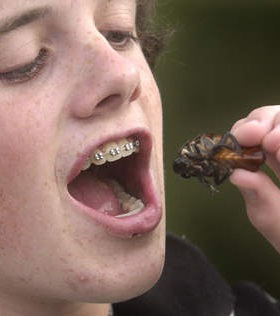 Food safety inspectors have conducted a sweep of Brisbane restaurants this year, and combined with complaints and other submissions have found an alarming lack of compliance.

Several restaurants have liability cases on their hands for improperly managing customers will allergies. One Queensland man had to be injected with adrenaline twice before being rushed to hospital after a plate of paste he had asked to be returned was sent back, and triggered his dairy allergy.  Allergy and Anaphylaxis Australia wants the restaurant industry to introduce a national allergy management plan to reduce the risk of patrons going into shock.

A busy Brisbane McDonald's restaurant has been served up $70,000 in fines for dodgy food standards. Inspectors reportedly discovered traces of cockroaches, a pest bait resting above an ice container, a build-up of grime and grease on the floor near a washing-up area and food waste on a slicer.

Brisbane Lord Mayor Graham Quirk said he was pleased that most restaurants were "stepping up to the plate", with the amount of four and five-star ratings doubling in the past 12 months. He said the number of two-star ratings had dropped from 40 per cent in 2010 to 5 per cent this year, showing the program had improved restaurant standards.

"To have more than 90 per cent of the city's restaurants now operating at a safe standard in under three years is a major coup for diners and our economy in general and shows the importance of this scheme," Mr Quirk said, “however we will continue to work with the industry to help bring underperformers up to standard and weed out those who refuse to play by the rules."