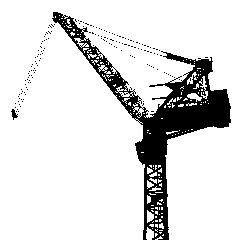 Protesters have rallied against potential changes to Queensland planning laws that they believe would fill their neighbourhoods with high-rises.

The community show of force came after the Sunshine Coast Regional Council said it was looking at allowing 18 such developments at Yaroomba.

The change would see a raft of buildings up to 40 metres high, in an area currently zoned to just 8.5 metres.

Protest organiser Julie Failor said she feared the council would instantly approve the projects, without consulting locals such as herself.

“It won't have to go through the due process of public consultation.

“They're looking to change the town plan, only adopted in April after months of community consultation, to accommodate one developer - it stinks.”

“Sunshine Coast families are up against a multi-million-dollar offshore developer and their own council.

“The height increase is ridiculous - people ... can see that for themselves by comparing the Coolum Caprice high-rise and the two-storey shops across the road.

The increased population was a concern too.

‘To have 1,470 residential buildings with one five-star, 10-storey hotel we feel like if they were all full, they would really affect the infrastructure in the area,” she said.

Sunshine Coast Mayor Mark Jamieson said in a statement that he was concerned about the spread of misinformation, and that the proposed planning scheme amendment in 2015 would come after public consultation.

“As I have said publicly and in the media on many occasions, any planning scheme amendment, if it were to be proposed by council, would need to go through a number of processes before an amendment is actually made,” he said.

He said the council would have to bring any planned changes to the state's Planning Minister, and “the community would then have the opportunity to make formal submissions which are required to be considered by council”.

“If, after considering submissions, council were to decide to amend the planning scheme, it would once again be referred to the Planning Minister,” he said.