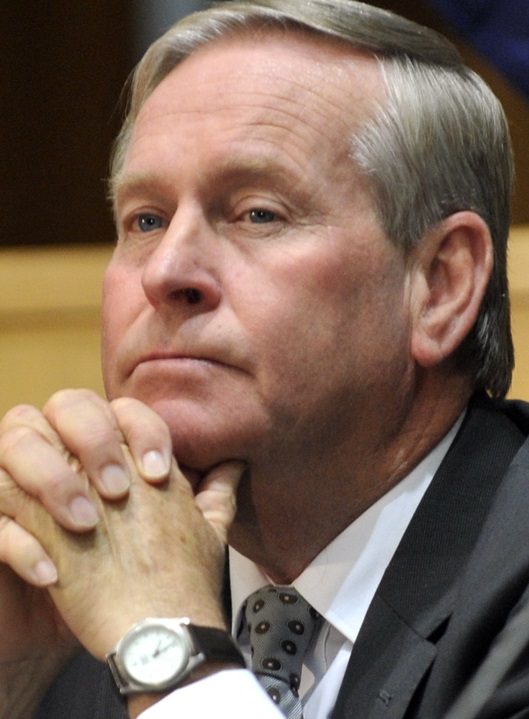 A new report has delivered a scathing assessment of WA’s former Liberal-National government's management of the state.

The report savages the former government for botching major projects, ignoring warnings from senior officials, governance problems and poor management of the Royalties for Regions scheme.

It says the former Barnett government’s litany of failures combined to cripple Western Australia's finances, leading WA to a string of large deficits and a debt bill north of $30 billion.

The report was commissioned by WA’s new Premier Mark McGowan after winning the March 2017 election.

Some of its strongest criticisms include the former government's handling of Royalties for Regions.

It found that billions of dollars were spent in a “knee-jerk, ad-hoc” basis, and that the scheme now needs “major surgery”.

“We identify the Royalties for Regions program as probably the main factor that caused issues for the Government,” Mr Langolaunt said.

The Western Force sponsorship was announced in the months before the 2017 election, paid for with money from the Road Safety Commission.

Mr Langoulant found that the reallocation of budgeted funds used a process that was potentially in breach of the law, and forwarded details to the Corruption and Crime Commission.

“The Government committed to it, there was no systematic analysis of options available, the risks that the state might be exposed to, and as a result we have a contract which has a number of difficulties,” Mr Langoulant told reporters.

“Serco has to provide a 10,000-page report each month to meet those performance indicators and there seems to be very little review of those 10,000 pages month-to-month,” Mr Langoulant said.

The report attacked the former Barnett government’s financial management on a number of matters, but focused on the failings of the Royalties for Regions scheme.

“Revenue was not a problem … this government spent too much,” Mr Langolaunt said.

“I feel for this [new Labor] government, they have been dealt an impossible hand.”

WA Nationals leader Mia Davies, who was Minister for Water; Forestry and Sport and Recreation during the Barnett Government, rejected the criticism of management of the Royalties for Regions scheme.

“We will, in no way, apologise to the people of regional Western Australia for putting them first after many many years of being left out of government decisions and expenditure,” Ms Davies said.

“Royalties for Regions has transformed regional Western Australia and that is to the benefit of the whole state.”

WA Premier Mark McGowan promised his Government would not fall into the same trap.

“Sometimes there are reasons why you don't release certain information, because it puts the state at a disadvantage when you're bidding against other jurisdictions,” Mr McGowan said.

“But we will develop appropriate rules about commercial-in-confidence and guidelines which have a default position of releasing information, unless there is a good reason.”

But the current Labor Government has already faced criticism for not releasing details of deals including a naming rights agreement with Optus for Perth Stadium, or the cost of getting Roger Federer to participate in the Hopman Cup and take a “selfie” with a quokka.

The Government has pledged to implement all but one of the Langoulant inquiry's recommendations.

It rejected a call to end the system that prevents Royalties for Regions funds being used for other purposes.

Instead, Mr McGowan says Royalties for Regions processes would be significantly tightened, with a more clearly defined strategy and set of priorities, and more rigour applied to the approval of projects under the scheme.