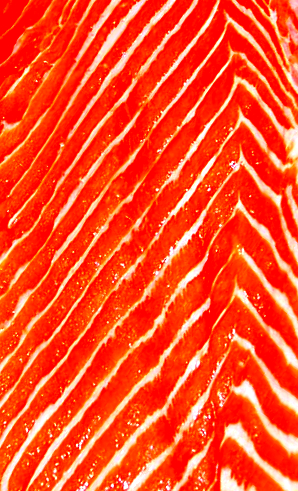 A major Tasmanian fishery is looking to double in size, but locals say the floating salmon factory has already wrought havoc on the waters.

Tassal, the largest producer of salmon in Tasmania, currently has almost 8 million Atlantic salmon growing in cages holding up to 40,000 fish each.

The company has indicated it would like to double in size by 2030, an ambitious plan that has locals concerned about environmental impacts.

They say underwater footage and a marine biologists’ report both prove that the salmon farm is contaminating the water with faeces and uneaten feed that falls from the cages.

The Tasmanian Abalone Council says it shares the locals concerns about a layer of sediment in and around Hope Island, adjacent to Tassal's main operations.

Divers allegedly report that the water is “milky” and has seen a reduction in the amount of abalone available for harvest.

But a spokesperson for Tassal says a three-year study by the University of Tasmania showed the salmon farm was one of several factors influencing the state of the waterway.

The study found major gaps in environmental monitoring protocols for the area.

Dr Kirkman’s report also recommends monthly check be undertaken to assess the impact and recovery of marine life, including video monitoring and a regional planning review.

Environment Tasmania has called for a freeze on all new salmon farm developments.