Shortages catch up to deadlier weekends 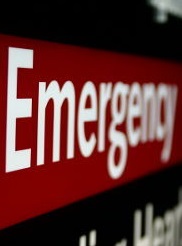 A recent university report has been used to highlight the dangers of understaffed emergency rooms and facilities, with figures showing a 15 per cent higher hospital death rate on weekends.

A new report from the University of New South Wales comes at the same time as health departments look to cut services and staff in a number of sectors.

Patients in some reported categories are 5 per cent more likely to die if they attend hospital after midnight on Friday, based on NSW hospital data. The findings reportedly apply in a similar way to many hospitals nationwide.

For 60 per cent of patients there is no increased rate of the death on the weekend – the researchers stressed that it is only in "very specific groups" that the risk increases.

Lead author Professor Enrico Coiera said the lack of a single cause for the deaths suggest the problem is with the system and its services.

“We found that the risk follows very different patterns,” he said.

“So if you are presenting to hospital with an acute heart problem - a heart attack, arrhythmia - then the pattern seems to suggest it's a lack of availability of services, something to do with the quality of care, that is related to that increase in mortality.”

In some cases, it may be more to do with families hoping their loved ones make a turnaround.

“What we think is going on is that people with cancer are being cared for in the community and are struggling along and probably only decide they can't cope towards the end of the week and so then head off to the hospital on a Friday or a Saturday... it's probably suggesting that that decision to go to hospital needs to happen earlier.”

Symptoms of the lack of support and services for hospitals are varied, but the report’s author said there might be a few logistics changes that could cause figures to drop.

“It might mean changing the way people are on call, making sure response times are faster. It might mean making sure for certain kinds of patients, like heart patients, they get very quick access to diagnostic imaging and intervention.”

The statistics should only be cause for people to report to hospital earlier than planned, rather than think they will not be dealt with on a weekend.

“I strongly suggest if you're sick and it's the weekend, please go to the hospital, because your chances of doing well improve with care and what we are showing is that it is probably the delay in access to care that is causing this effect,” Professor Coiera said.

“By you choosing to delay until Monday, you're actually going to make things much worse for yourself.”