State steps in on island plans 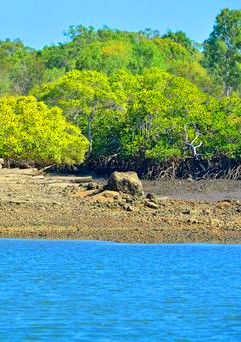 The Queensland Government has overridden a local government decision on a billion-dollar development proposal for Hummock Hill Island off the coast of Gladstone.

Developer Eaton Place has pushing ahead on the Pacificus project since 2005, but is yet confirm if the scheme is fully financed.

Eaton Place director, actor Peter Scarf, said it would be a “jewel in the crown” for the state, but Gladstone Regional Council is concerned it would make the island “ugly”.

The council rejected the development application last month, but the State Government has now overruled that decision.

Gladstone council outlined 17 points of opposition, including concerns the resort would be too big, unnecessary, disturb the local coastline and detract from tourist trade in the coastal Town of 1770 and Agnes Water.

“We had no choice but to refuse this. It did not meet the planning scheme and I've said that a number of times,” said Gladstone Mayor Matt Burnett.

“I don't exercise this sort of power very often, but I think [this project is] critical to the region and the state,” Mr Dick said.

The approval decision now rests with the Queensland coordinator-general, who will make a final ruling by the end of the year.

“He can make the same decision [as council],” Mr Dick said.