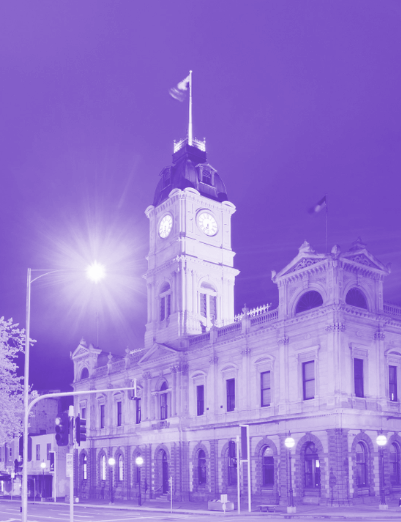 New research by RMIT has, for the first time, mapped health and liveability across the country’s 21 largest cities.

It found that Victoria is home to Australia's most liveable regional cities – Ballarat, Bendigo and Geelong.

Ballarat performed best for access to public transport and public open space in the analysis by RMIT University and ranked in the top five for access to supermarkets, local employment and services, and housing affordability based on the summary measures.

Geelong ranked highly together with Bendigo performing strongly across four of the liveability measures.

In other states, the most liveable regional cities are Wollongong (NSW), Toowoomba (Queensland) and Launceston (Tasmania).

With Australia’s capital cities booming due to our growing population, lead researcher Dr Lucy Gunn from the RMIT Centre for Urban Research, said regional cities were often missing from the conversation because national liveability data has not been available.

“One of the key benefits of living in a regional city is that people tend to live close to where they work,” Dr Gunn said.

“Ballarat and Bendigo performed well on this indicator, as well as access to public transport, which our research shows has major health and wellbeing benefits because it allows residents the opportunity to be more active.

“The benefit of looking at these liveability measures separately is you can see where each city is performing well and where improvements can be made.”

But Dr Gunn said that some regional cities were at risk of making the same mistakes as the nation’s capitals.

“Ballarat, Bendigo and other similar-sized regional cities are at a tipping point,” she said.

“We can see this clearly in the maps and data that they are starting to look like larger cities.

“Equitable access to key infrastructure such as public transport, healthy food and community services is better in the central, more established areas. This declines as you move to the edge of the city.

“As we’ve seen in the capital cities, residents on the urban fringe have less access to these services which can impact their health and wellbeing.”

“The good thing about our regional cities is there is still time to avoid the problems that come with our sprawling capital cities,” she said.

“There is an opportunity here for regional cities to capitalise on what makes them great and to recognise where they can improve to sustain their liveability for years to come.”

The data for each of the 21 largest cities in Australia is available via the recently-launched Australian Urban Observatory.