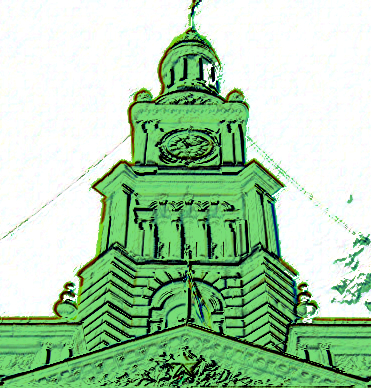 Sydney's Lord Mayor Clover Moore says her former deputy may have liked her position, but “perhaps not the work”.

“I think ambition has driven her letter that she passed to me last night about her resignation,” the Lord Mayor said.

“I think it's really about wanting to remain Deputy Lord Mayor.

“She, I think, likes the position but perhaps, perhaps not the work.”

Cr Phelps said she had asked “simple questions, like; ‘Who decides the staffing levels in the office of the Lord Mayor? How is it decided? What's the independent scrutiny of the expenditure?’”

“I think these are pretty simple questions and I have been blocked every step of the way.

“I am not for one instant alleging any impropriety but I do think they need to be answered in the interests of transparency.”

Cr Moore said Cr Phelps questions had all been answered.

“What is not surprising is that this line of accusation and her resignation came just a week after I told her that I would not be supporting her bid to remain deputy lord mayor,” she said.

“They are key progressive policies those ones,” she said.

“I just think she doesn't get what our policies are about. She doesn't share the vision and the values.

“I think she'd be more comfortable with the conservatives on council.”

The role of Deputy Lord Mayor will rotate among other members of the team, while Cr Phelps will remain on the council as an independent.

At the same meeting, the council voted eight to two in favour of a $360,000 n advertising campaign to support its plans for an alternative WestConnex route.